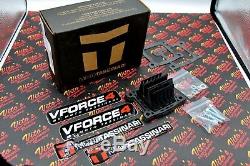 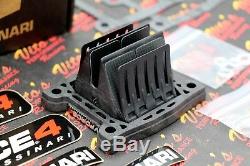 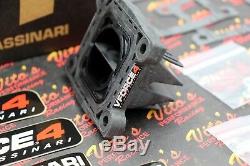 The all-new VForce4 is built upon the solid foundation that has made the VForce3 such a success for the last 10 years. While the VForce3 has been continually refined over the years, this is a complete redesign of the entire system. We jokingly say, The only thing we didn't change is the bolt pattern.

2 Because the reed petals only need to travel half the distance of that on a conventional reed valve design, there is a greater chance of them being fully opened as well as a better chance of sealing when they are "closed". A reed petal never truly "closes" in a classic sense, as it is always in movement.

Installation instructions, complete VForce4 reed valve system (including reed petals) and gaskets. FREE product replacement if you are unsatisfied. Thanks for shopping at MOTOR CITY ATV, LLC of Metro Detroit, MI. We take apart hundreds of ATVs every year, if you need a part, just ask, we have it!