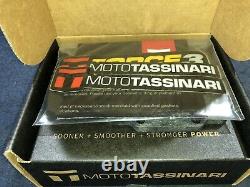 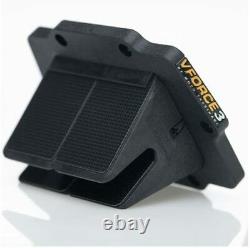 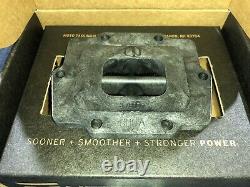 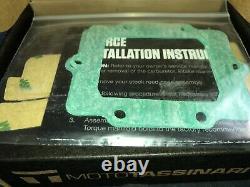 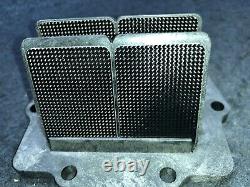 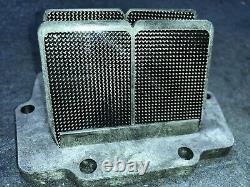 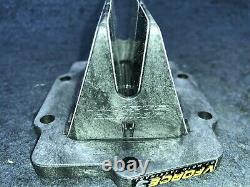 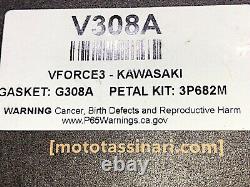 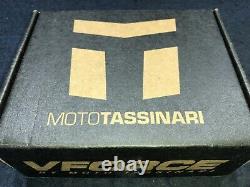 Kawasaki KX 250 V-Force Reed Valve System. The Kawasaki KX250 2 Stroke marked it's way in history by having countless victories in both motocross, supercross and desert racing. With a solid stock racing engine, the stock reed valve lacks that proper control of it's fuel-air mixture to the cylinder. This is where V-Force Reed Valve System compensates for that. With it's patented Reed Valve technology, it promotes significant increase in performance from bottom end to top end.

The Moto Tassinari VForce system has won countless championships and is the reed valve of choice for Amateur as well as seasoned dirt bike riders. Ricky Carmichael and James Stewart, to name a few, put these reeds to the test and submitted it to the hardest riding style and getting championship results. For most people the first step to 2 stroke reed valve tuning is getting rid of that OEM reed valve and replacing it with the Vforce Reed valve system. The Vforce Reed has a snap together cage using symmetrical reed petals, eliminating the need for different inner and outer replacement petals. The VForce reed valve system by Moto Tassinari has been the reed valve system of choice by anyone serious about two-stroke engine performance for the last 10+ years.

A reed petal never truly "closes" in a classic sense, as it is always in movement. Consider this, an engine operating at 8,000 RPM results in a reed petal opening and closing 133 times in one second. This fact, sheds light on another VForce advantage. Since the petals are only traveling half the distance, they generally last longer are they receive less wear than the reed petals on a conventional reed valve design. Double the reed tip surface over a conventional reed valve design. Increased bottom end, stronger mid-range and longer top-end. Greater efficiency due to reduced reed petal travel. More airflow means more horsepower. Screw free design eliminates risk of screws going through motor.