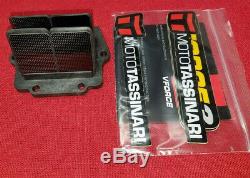 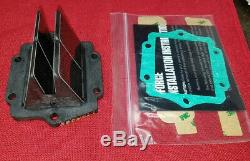 Brand new V-FORCE 3 GENUINE MOTO TASSINARI REED VALVE NEW. It may fit other years of KX500. How to tell is simple, look at the bolts for the reed. If it has 6 bolts like this ad, then it will fit excluding 86-04 KX500. If it has 4 bolts it will not fit..

If you want horsepower, you will not find a better performing reed on the market. Doing that is against U. Not all Non USA bike parts will interchange to the same make model and year as the USA bikes. What year is my bike? Take a look at the VIN on the front of your frame. If it's a US bike there will be 17 digits. You only need to look at the 10th one. It will be a letter or a number depending on what decade it is from.